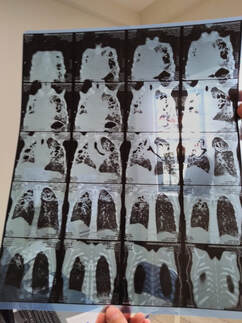 In Greek mythology Sisyphus was the king of the ancient city of Ephyra. In punishment for cheating death, he was forced to roll a boulder up a hill only to have it continuously roll back every time he neared the summit. Sisyphus’ ultimate punishment was being cursed to repeat the action for all eternity.

Sometimes our work feels a bit like rolling a rock up a hill, only to have it tumble back down before we can reach the top. This week we learned one of the young men in our Tigres Program died. He died from complications associated with poorly managed tuberculosis.

For months we worked with him to get into care. We used every public health incentive we could think of – even resorting to paying him bonuses for every week he remained in treatment. At some point the side effects of the medications, the challenges of treatment, and the uncertainty of his future – they became too much and he left care.

Our team didn’t give up. We stayed in contact with him and made every effort to engage him in restarting treatments. It wasn’t enough. He just didn’t see the point.

He died barely into his twenties. A young man who lived in the Casa Girasoles after escaping a life of tremendous trauma. A young man with so much living still ahead.

Sometimes it feels like we are pushing rocks – working so hard to keep them from rolling back down. Regardless as to what happens, this is important work. Everyone deserves access to a life. A life of hope. A life of purpose. The rocks, they keep rolling back . . . that’s okay, we’re not giving up.

Suffering in the Shadows 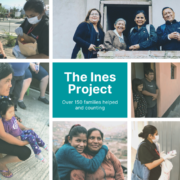 Neonatal Resuscitation Training: A Chance at Life for Every Newborn