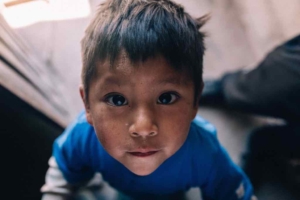 We talk about resilience a lot in the work of HBI. It is the foundation of our efforts with the boys living in the Casa Girasoles program. It is a critical part of our advocacy and support for the families in the Ines Project.

But what does resilience mean? I learned firsthand over the past couple of weeks. My family experienced a very untimely and unexpected death, as many of you know. It has been challenging. Thank you for your thoughtful messages and kindness.

The impact of this experience – is not something that will magically go away. The healing will take time. It will take healing relationships and meaningful connections. It needs space. It needs a place to find support.

Recovery requires intentionality and purpose. This is what I am learning about resilience – it is not something that happens to a person as much as a process that unfolds with other people.

This same commitment to space and place is what makes our work with children who have experienced abandonment and homelessness communities who have lived through trauma and marginalization not something we can measure in days or weeks. We need to commit to the long-term and build deep, supportive relationships.

Our Center of Excellence project is working to chart a path for training staff working with children living in orphanages, group homes, and residential care facilities to build resilience. Over the past year, we have partnered with the NGO Paths of Hope and Thomas Jefferson University (Philadelphia, PA, USA) and La Catolica Santa Maria Universidad (Arequipa, Perú. When we started the project – a five-year research study – I naively expected to have a curriculum planned and ready to roll out within a year. Oh my goodness, was I wrong?

Instead, we are finding that training staff in core concepts and skills is just a tiny part of helping to build a culture of resilience. Our biggest challenge is enhancing a culture, an environment, and a community to be pathways to resilience. Now, as we bring the first year of our five-year research to a close, I realize that our actual work is about connection . . . and this is not something that can be rushed or pushed into a small box.

This thing that we call resilience – is about space and place, and it is about people connecting with people. That’s profoundly healing.

Thank you for all your warm wishes and support. We are in this together. 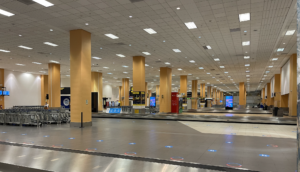 I arrived in Lima this morning. Bright and early. Nothing compares to a redeye. Arghh.

Late last night, as I prepared to depart from Atlanta, I received a message from one of the HBI staff. They said, “There are protests, and they are turning violent. The president just declared a ‘State of Emergency.’ I am not sure anyone can pick you up at the airport.”

I was uncertain what I would find when I arrived in Lima. And, as I disembarked from the plane this morning, my first clue that things were not just business-as-usual was the emptiness of the airport. There was practically no one.

As I exited the terminal, I met an eeriness. There were no taxis anywhere, and the crowd of drivers, family members, friends, and tour operators was dramatically reduced. I found a driver who said he would take him in his private car to Magdalena. The drive took a fraction of its usual time, as the streets were practically empty.

All afternoon I have been listening to the sound of sirens and honking horns. On my afternoon run, I was one of only a handful of people out. It felt otherworldly.

Tonight – as I sit in the HBI office, I can hear pots clanking as protests continue around the city. Some of these protests have grown violent. Others, like the march this afternoon in San Isidro, included hundreds of middle-aged Limeños demanding change.

This unsettled sentiment in Perú has been simmering for months. Perhaps for decades. It is a convergence phenomenon. What started as protests over the rising inequality of the economy and post-pandemic economic recovery, has morphed into a full blown call for a complete change in the presidential administration. As gas prices keep rising and inflation far outpaces income – people are becoming desperate. Desperate for change.

It is hard to balance the race to find a new normal that most of the world is experiencing as we emerge from the long tunnel of the pandemic against the ongoing challenges of developing and middle-income parts of the globe. For many years, people in developing nations have been promised a better life. Politician after politician has promised much and delivered very little. This is especially true in Perú.

The protests are an outward sign of profound angst and unsettledness. As the country faces monthly inflation not seen in over two decades, and a slow re-start of the economy has yet to impact the lives of the vast majority of Peruvians living and working in the informal sector – people are fed up. Can you blame them?

It is hard to sort through everything that is going on. I am not sure what the next week will look like. One thing is for sure – there is a lot of sorting going on in the world – and that is especially true in Perú.