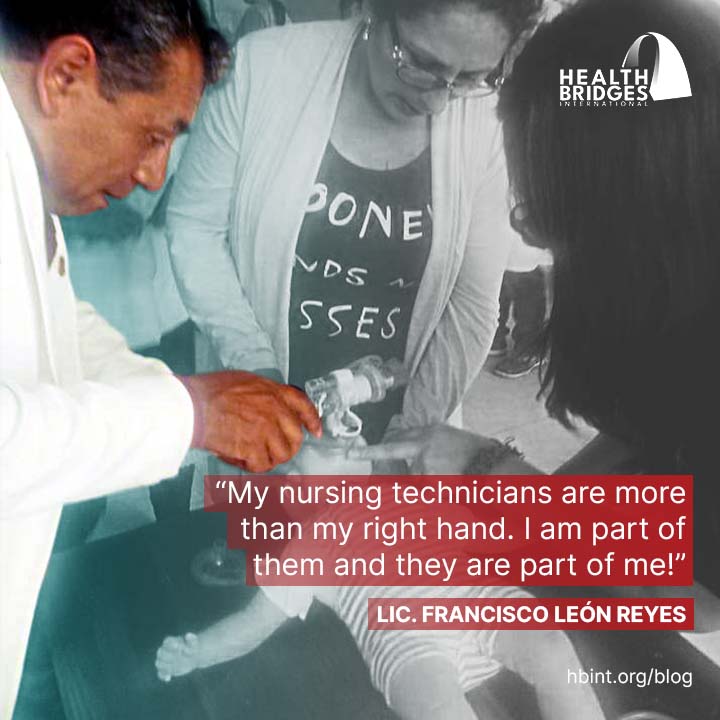 It was November 2019 when Lic. Catherine Tejada Aguirre was in Pasco, holding a newborn in her arms. The baby was in a poor state, with an Apgar score* of only 4 out of 10. Baby Luz* had a limp body with a bluish appearance, a low pulse rate, and barely any response to simulation. Her situation is similar to 10% of babies born in homes and health centers across the country.

While progress has been made and neonatal mortality rate in Perú has fallen from 16 deaths per 1,000 live births (2000) to only 6 (2019), the rate in rural and underserved regions still lag behind. In these areas — home to almost half the country’s entire population — around 75% of women give birth at home alone or in small clinics with only a single healthcare professional because they do not have the same access to health services as those in urban areas.

Working with local organizations, communities, and government units since 2014, we at Health Bridges International have learned that the country’s healthcare system has yet to standardize training for medical professionals in neonatal resuscitation. Healthcare professionals in Perú need support to consistently develop crucial skills in neonatal care.

The three other medical professionals in the room attempted resuscitation efforts for Baby Luz. They went through several attempts but Baby Luz showed no signs of improvement. ​The services of a certified neonatal resuscitation specialist was needed.

To provide medical and health professionals critical support, we sought to create and replicate a neonatal resuscitation training and teaching model. Co-developed with the Perúvian College of Midwives, the HBI Neonatal Resuscitation Train-the-Trainer Program (HBI NRTP) is an official certification program that trains midwives to provide contextualized training to colleagues in their own communities. The program creates a powerful multiplier effect: since 2014 with over 130 trainers trained in 246 regions, more than 20,600 participants have received neonatal resuscitation training and an estimated 5,200 babies per year have been saved. We support our partner’s leadership in ensuring that this certification becomes part of future licensure requirements for all midwives in Perú.

Without hesitation, Lic. Catherine, a neonatal resuscitation trainer, stepped up to help resuscitate Baby Luz. She led her colleagues through the steps in providing warmth, clearing the airway, drying, and stimulating Baby Luz. With her assistance, Baby Luz’s condition improved. They applied positive pressure ventilation and Baby Luz spontaneously started to breathe. Within an hour, Baby Luz was well and breastfeeding. “What I learned in this [NRTP] course gave me a solid understanding to perform resuscitation and to be able to save lives,” says Lic. Catherine.

Topics in NRTP include the foundations of neonatal resuscitation, including initial steps of newborn, post-resuscitation, and end-of-life care, as well as ethics. Participants are trained to facilitate positive-pressure ventilation, alternative airways, and chest compressions for newborns. Amid COVID-19, we worked with our partners in shifting to distance learning: creating web-based resources, virtual training, online communities, and even upcoming tele-simulations so participants safely complete the program. With NRTP, healthcare workers equip themselves to multiply their lifesaving skills and care for mothers and newborns. Lic. Francisco León, who works as a midwife in a health post in Chachapoyas, said of his neonatal resuscitation-trained nurse technicians: “[They] are more than my right hand. I am part of them and they are part of me!”

Today, we continue to support trainers and fortify each newly established regional NRTP program. We work with the Perúvian government, state hospitals, and other health facilities in adopting and conducting the Neonatal Resuscitation Train-the-Trainer Program across the country. Together, we work toward a future where all newborn babies will be given a chance at life.
​

1 – The Apgar score is a 10-point scoring system doctors and nurses use to assess newborns one minute and five minutes after they are born. The higher the score, the better the baby is doing after birth. A score of 7, 8, or 9 is normal and means the newborn is in good health.
2 – Not the baby’s real name 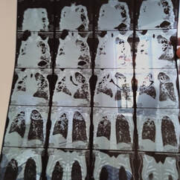 What a gift – Wayne Centrone