Where do the ripples end?

We’ve been searching for a psychologist to work at the Casa Girasoles home for formerly abandoned children in Ica. This is not an easy task. Many professionals in the city of Ica work for government agencies, and it can be difficult to find anyone available to work for what we can pay.

A few weeks back we had an interview with a psychologist who the house parents met through a mutual friend. They spoke highly of her and mentioned that she told them she knew about Health Bridges. They both brushed this off, telling me they assumed she made the statement to build a bigger connection.

The psychologist came into the meeting and said – “D 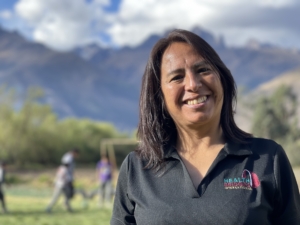 r. Wayne. I haven’t seen you in over 15 years.” It turns out she worked at the clinic in Alto Cayma run by Father Alex Busuttil. She went on to tell me she has always considered herself a “member of the HBI team” and when Sr. Sabino told her I was coming to Ica, she said “I love HBI, I am a part of their team.”

It’s amazing how the ripples of an initial impact have such lasting effects. I haven’t seen Dra. Marisol in years. And yet, over a decade after our last interaction – and a whole city away from where we initially worked together – she was still a Health Bridges team member. It looks like we have found our psychologist. We are so thankful for the Ripple Effects of our work!